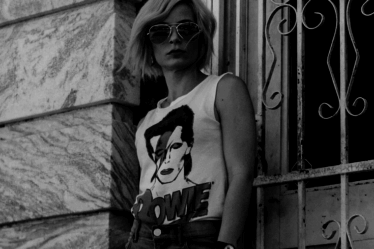 How I learned to meditate.

It’s a Sunday morning as I write this. And although I’m a spiritual person vs a religious person – the energy of this day always intuitively to doing more of the things that make my soul at peace.

Meaning, it’s a little easier to brush off my -ambitious-af-to-do list and opt for actions and activities more in alignment with self-love.

I came into recovery in 2005. It was through this life decision that I was introduced to the practice of meditation. While I can’t pinpoint the exact moment I jumped in, I can say that two summers in a row on the Media Works team at The Omega Insitute where my “soul” job was to record over 15 personal development and/or spiritually based workshops every week and weekend, gave me the crash course in options and possibilities.

Through this role and with the approval of the facilitators, I was allowed to take the workshops. An approval I got literally every time I worked. As such, I had the honor of working with people like Gabrielle Bernstein, Michael Bernard Beckwith, Noah Levine and many many more.

I didn’t take these moments lightly, as I perceived merely being at Omega as divinely guided and saw these collisions as avenues to learn, wake up and ask questions regarding this path whenever an opportune moment arose. (I’ll later elaborate on this should you wish to know more.)

Let’s just say 2007-2008 were an intensely magical two summers of growth and healing. And meditation was my new drug.

In 2010 I had my daughter. As any parent out there knows, the only schedule that exists during the first 6 months to a year of parenting a is a schedule of inconsistency and (for me) 7 months of ZERO REM sleep. Yea, you read that right.

Add this to the whole process of LEARNING my daughter, learning myself as a mom and how to parent her, a move to NYC in 2013 for a dope position with Mac Cosmetics, no support from her father or my family – and its no wonder my meditation practice became next-to-non-existent for a long enough period of time that unbeknownst to me – it became my new norm.

The good thing about falling off balance is that you now have a reference for where to pivot to find it again.

As my daughter has gotten older and I have grown into new priority shifts (i.e. work and money are important but they aren’t alone what truly brings me fulfillment) – my meditation practice has also evolved.

Meditation and spirituality are evolving.

They are a lot like becoming a parent and/or growing as an artist (which for me are in the same vein) and having to get to know this new version of you that’s emerging.

Luckily and as usual, the Universe has sent messages through people I’ve met along my path to assist me in finding new ways of achieving balance – with a kid, with a career and NO MATTER WHAT.

Going forward, look out for the part of my Sunday practice that includes occasionally posting my favorite meditations for you to enjoy with me! I also love finding new meditations so if you have any you think I’d dig, do share the love and leave them in the comments below for all to see!

To kick this off, check out this quick-10-minute-but-super-juicy guided Morning Ritual meditation by Jason McGrice. I love to listen to it in the am right when I open my eyes and the length is practical for even the busiest of bees.

I definitely notice the difference on days I do this vs. the days I don’t!

I want my weekly inspo & more!

Your password reset link appears to be invalid or expired.

To use social login you have to agree with the storage and handling of your data by this website. You can also review our %privacy_policy%.